All Resources
Getting Started
All
Blog

When You Test You Cannot Fail 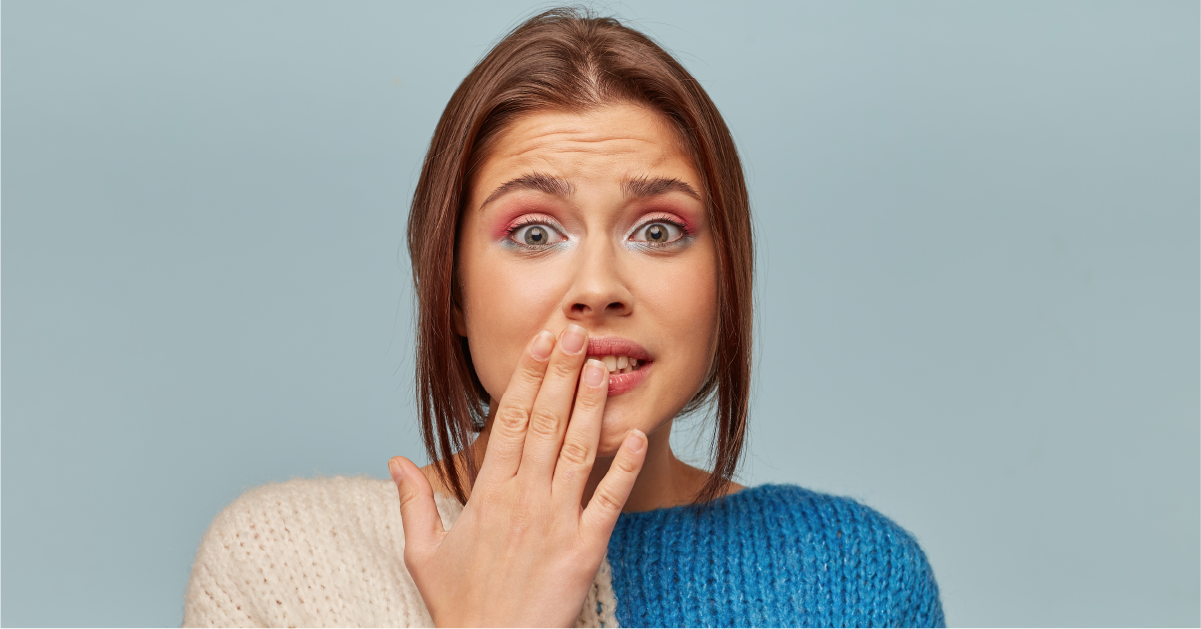 When you test, you cannot fail. As a marketer, I can tell you I have failed many times. Some of my greatest failures have been the most informative lessons and have made me a better marketer over the years. Some of my failures have been at events, digital, website, copy, email, social media (oh boy!), and even campaigns that have been a total bust. It’s easy to look back now on those failures and have a light chuckle, but in the moment, I felt like crap or was horrified. We have to remind ourselves that as long as we keep on testing and iterating on our ideas, we can’t fail as long as we are learning from our mistakes.

I’ve had many of the standard marketing screw ups over my career such as replying on the corporate social media account and thinking it was my personal account, or setting up a digital ad and forgetting to put the proper tracking URL in place, or copying and pasting a template (email, press release, ad) and forgetting to check all of the links and words so that it didn’t reference the wrong name, brand, website, etc. The point is, we’ve all been there.

For your amusement, I thought I’d pull out some of my most embarrassing screw ups or horror stories and tell you what I’ve learned from them as a marketer.

‍I had this bright idea back in 2015 when donuts were super trendy that I’d do a campaign on National Donut Day where we’d let people register for an in-person demo with the sales team and let them pick their favorite trendy donut from a pull down list on the form (I am sure all marketing operations folks are rolling their eyes right now).

Well, the form was the least of my problems. The sales operations manager also was peeved they had to put the field into Salesforce. (I know, I know, I can literally feel you shaking your head right now). We had about 17 people register and I think maybe three people showed up to our office. Again, STILL not the biggest problem. A couple of days before the event I followed up with the Director of Sales to see if they needed any special equipment for the demo. That’s where my failure began. He said, “Oh, we’re not going to demo the product. It’s too complicated. We’re just going to have a conversation.” OY! I couldn’t believe my ears.

Donuts and Conversations didn’t exactly roll off the tongue. But it was also too late to change any of the messaging or promotional materials.
‍

‍Create a checklist and agree upon the outcomes with sales prior to launching any campaign. While the sales team bought into the initial idea, we hadn’t talked through the logistics and expectations. They also didn’t really help market it, so it was a complete bust. No pipeline, no revenue, and a crappy customer experience. Womp womp. At least the donuts were tasty!

‍
In 2014 I did a social media campaign for a client that involved a map. For context, I got an ‘F’ in Geography of U.S. and Canada in college so when it came to mapping out the statistics from a report on an infographic and image for social media, I screwed up where Kentucky was. Someone replied back to one of the social media posts where I had called out Kentucky’s high percentage and said, “Someone better call and tell Kentucky they have a bigger problem.” I didn’t know what it meant and I kept staring at it. Then I decided to search for a map of the U.S. and when I located Kentucky I realized I had put it where Alabama was 🤦🏽‍♀️.

I quickly recovered and edited the infographic and the accompanying image, and deleted the post and reposted but I felt so incredibly stupid in the moment. Oh, and I had promoted the post, so it was getting extra eyeballs. Sigh 😔.

Always have someone else review your work. Sometimes, even when you’re great at what you do, you can still miss the little things.

‍I remember my first ABM campaign like it was yesterday. I made the case for all of the necessary tools and set them up. I worked with sales on the account list and had put them into three tiers. I had outlined my campaigns and the journeys. But I had missed a few steps. I hadn’t truly segmented properly. I also didn’t realize I had to alert sales to every campaign I was running so they had a full breadth and understanding of how to reach out or react to these folks. I also really underestimated the time it took to operationalize the program and to see results, so when it didn’t produce results in one quarter, it looked like a failure – and it was.‍

I learned a few lessons here, but the most important was that getting the segmentation right would make or break your program. There are many ways to skin a cat, but when it comes to segmentation, how you do it impacts your messaging, your expectations, and your results.

For a more detailed explanation of what to do to launch an effective ABM program, check out my blog post here.

‍In 2019 my team and I decided to revamp our website. It looked old and desperately needed a makeover so we hired an agency to help us with the design and rollout. But unlike Drift recently did with Intellimize earlier this year which helped inform their new website design, we made a huge mistake and didn’t test anything. Instead, we just worked with the agency on what we wanted the look and feel to be based on our likes and preferences and internal input, not on what would convert more 😑.
‍

5. Send an email to Santa

‍Back in 2017 I had seen a campaign the year prior from Sephora that I thought was so cool where website visitors could submit a beauty wish to the North Pole and then you might get lucky enough to win your wish from Sephora.

On the website it was a simple form where you filled out your wish and clicked submit and watched your wish float down into a pile of other wishes from other people. So I thought we could do something similar where we had people send their wishlist to Santa via an email, since we were an email deliverability company. We would then pick a winner and dress people up as elves and pick a few cities to deliver the gifts in person and video tape it all so that we could use the video for future promotion. Sounds elaborate, I know. (I still think this idea is doable if you have a big enough budget and team).

So we launched the website without really testing it out. There were lots of issues with the web customer experience and had we tested different scenarios, maybe the results would have been better. The problem here was since we didn’t do any experiments on the website prior, we had no idea it didn’t really resonate with our core audience, which were developers.

We were about to make a major blunder by taking this campaign by carrying it over to AWS: ReInvent conference in Las Vegas and making it a “fully integrated” experience. First, I will call out and thank Joal Barbehenn who sat down in my office and said, “I don’t get it. I’m not buying into the whole Santa thing for re:Invent. Why don’t you do something geared more towards developers like Star Wars.”

While I refused to stereotype developers into the Star Wars bucket, his point was well taken and so I noodled on it for a few days. Were we making a mistake? No one likes to be told that our ideas suck. But the more I thought about it, the more I felt he was right that this was going to suck and we were investing a ton of budget into this event. Thankfully, Joal saved me from this blunder because I wound up coming up with another completely insane idea that won us Best Integrated Marketing campaign at re:Invent beating our 340 vendors with much larger budgets than we had and it involved LEGOS.

‍Feedback is a gift. As a marketer, I know it’s tough to constantly be coming up with new ideas that are great and hit a home run, but sometimes they just don’t land for whatever reason and you just have to keep on testing until you nail it.

Don’t let fear hold you back

‍My mantra is to not be afraid to fail. When you test, you are constantly learning and taking those learnings and baking them back into your overall marketing or CRO approach. If you can relate to this post, please share it.