UPDATE: Another Look At Covid’s Impact On Doing Business Online 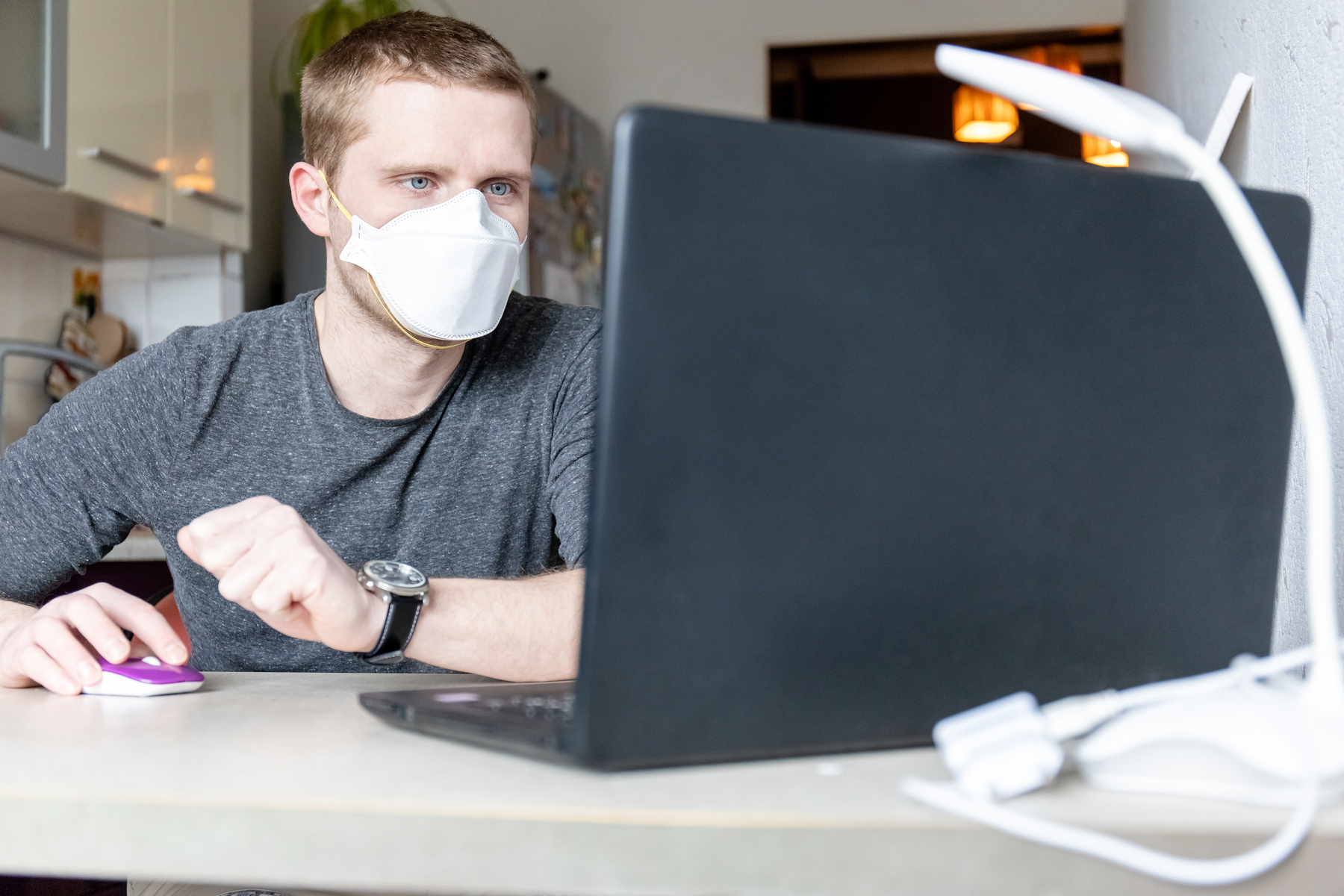 We’re excited to share our latest data on the impact of covid on prospect behavior as seen through the lens of web traffic and conversion rates. We see intuitive changes, like web traffic rising sharply, and non-intuitive changes, like digital-only businesses doing better than digital businesses with a brick and mortar tie in. We see the performance of static websites dropping precipitously and the impact of reacting to your prospects’ changing world blunting that drop materially. We hope you’ll find the trends as interesting as we do, and we hope the data is helpful to you as you manage your business.

A brief bit of context: When we talk about conversion rates, we mean visitors to a company’s website taking the one (or multiple) actions that are defined as important by that company. It’s their own definition. Additionally, all of our comparisons below will use the first half of March as a baseline because most covid related lockdowns began in mid March.

People are online more and more

Across all of our customers, traffic is up significantly post-covid, and this trend continues to build. Overall traffic is now up 54% compared to the first half of March.

As so often happens when traffic goes up, you get less qualified traffic and conversion rates go down, and that is exactly what we’re seeing across our customers

Conversion rates have stabilized, albeit 15% lower than the first half of March.

Importantly, the net result remains positive for these businesses since the growth in traffic more than offsets the decrease in conversion rates. However, the effect is far from uniform.

We are spending more time on our phones. A lot more time. Mobile phone usage is up 65% compared to the first half of March, and tablets are up 63%. Desktop usage is up too (40%), but we seem more glued than ever to our mobile devices… and the trend is accelerating, with mobile usage growth picking up steam while desktop growth tapering off.

However, desktop traffic has performed far better than mobile on conversion rates, more than offsetting the difference in traffic growth. We can speculate that we are entertaining ourselves and browsing more to kill the time on our phones while taking more directed action when we sit down to work on a desktop.

Marketers appear to be investing heavily in email as the increase in website traffic coming from emails is 240%, far greater than the increase in any other source of website traffic. Marketers appear to continue investing in paid search and are enjoying the benefits of their organic search optimization as both source of traffic are up materially since early March as well.

Organic search and direct navigation traffic, when a visitor types in your URL directly into the browser, are showing stronger conversion rates compared to other traffic sources. Visitors from these traffic sources often have the greatest intent, so their relative performance is not surprising.

Traffic up throughout the day

We were surprised, however, to find traffic up roughly equally throughout the day. We hypothesized that website traffic would be up materially during the day as in person meetings were replaced. Another theory was that traffic would explode during the evening and weekends as we all sought more leisure time online. Instead, we are all increasing our time online throughout the day, roughly evenly.

Early evening conversion rates down the most

Despite the even growth in website traffic throughout the day, early evening has seen the biggest drop in conversion rates. We believe this is due to an increase in browsing online for entertainment, with lower purchase intent, in the evening.

We’re online a lot more during the week

Because we already had more leisure time before covid on the weekend, we were not surprised to see weekday website traffic up materially more than weekend. Our hypothesis is that many of us are online virtually all the time now, and weekday time online was simply catching up to weekend time online.

Despite the significant increase in weekday website traffic, conversion rates on weekdays have gone down less than on weekends. So we are spending more time online and converting more on weekdays. That’s a significant shift in behavior.

West coast traffic not growing as much

West coast conversion rates not down as much

Since the west coast traffic increased less, it is not surprising that west coast conversion rates decreased the least. Why? Just as we saw with overall global traffic, more traffic typically brings in less qualified visitors and lowers conversion rates.

We also saw that web traffic from Safari is increasing more than Chrome, Firefox, or IE/Edge. We hypothesized this had to do with more iOS traffic since mobile traffic is up more, but when we looked at the data, iOS and Android traffic are up similarly. Perhaps this signal is temporary noise or perhaps there is some other dynamic that we’re missing.

When we look at how conversion rates have changed pre- and post-covid by industry, the results vary a lot, and those differences are remaining relatively consistent as the crisis continues.

B2C SaaS continues to have the largest increases in conversion rates. This category is heavily weighted to “stay at home” B2C SaaS offerings, like personal video conferencing and online education.

B2B conversion rates are also up, though the increase has moderated since the initial surge. We hypothesize that the increase may be reflective of the many businesses that are actively seeking solutions to help them perform during these difficult market conditions.

At a time when so many people are at home with strong incentives to buy online, we were surprised to see data showing ecommerce conversion rates falling. As we dug deeper, we found a major difference between conversion rates of digital-only and brick-and-mortar connected businesses, which has continued since mid March.

The businesses that are tied to in-person activities saw conversion rates drop significantly, and the conversion rates are staying down. In a time when in-person engagement isn’t possible, engaging prospects differently is proving to be a critical capability.

We’re seeing the importance of engaging prospects differently born out in other data as well. What worked on our websites just a few short weeks ago isn’t working nearly as well now.

As we described at the start of this blog post, overall global conversion rates continue to drop as traffic rises. That same data is the yellow line in the chart immediately below.

We discovered a big difference, though, when comparing performance changes in pre-existing websites vs. the conversion rate changes on those same websites for visitors presented with a dynamically personalized experience.

Adjusting to changes in visitor behavior blunted the drop in conversion rates: this chart shows the conversion rate dip to be consistently 55% to 78% better. As prospects behavior rapidly changes, a lot of existing messaging, experiences, and content are not nearly as effective as they had been before covid.

This data reinforces that marketers must be nimble, especially so when the world is changing rapidly. We can increase experimentation to learn what really works now, and adapt our online engagement tactics as we learn. To effectively counteract the overall decline in conversion rates on websites, we believe that this approach must be baked into your ongoing marketing strategy.

We hope these ongoing updates through the first months of a covid-impacted world continue to be helpful as you consider where to drive your business during shelter in place. We invite you to believe, as we do, that prospect behavior is always changing, even more rapidly now, and that your prospect engagement should change with it. Finding the right way to engage will help each of our businesses weather this difficult environment better.